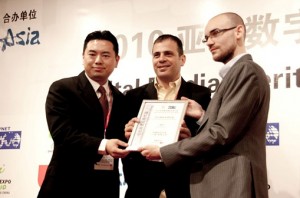 EnQii, a leading global digital signage company, today announced that it had won the Outstanding Business Application Award. The award was given at the Shanghai Expo 2010 by the International Development Information Network Association (DEVNET).

“We are pleased and honoured to have received this award in China” said Joe Rossi, EnQii’s APAC President. “China is one of the largest digital signage markets in the world and we have been active in the market for the last three years and will continue to work with our clients in the region to support them going forward. We are particularly pleased to be in the prestigious company of other winners such as Microsoft, Paypal and Baidu”

“The Digital Signage Solution launched by EnQii has been influential to the industry, and will be a textbook example for the industry in the future. We hope your company will be keeping up the good work, continue to discover and explore new areas, and bring us innovative and inspiring works in the future, continue to contribute to the digital media development.” said a spokesman for the 2010 Digital Media Merit Award Asia Organizing Committee

About EnQii
EnQii is a global leader in the digital signage and out-of-home media market with offices in New York, Toronto, London, Hong Kong, Shanghai and Melbourne. As one of the world’s truly global digital out-of-home companies, EnQii currently services thousands of locations across more than 14 countries. EnQii couples a deep understanding of customer behaviour with its powerful media technologies to provide clients with fully managed solutions that enables them to advance their overall customer communication strategy for many years to come. EnQii won the DIGI Award for outstanding technology in the healthcare category for the WHEN Network. Investors in the company include Amadeus Capital Partners, Wellington Partners and Ithmaar Bank. EnQii has recently been voted as the number one global digital signage provider for the third year in a row by www.DailyDOOH.com and a Tier One player by Frost & Sullivan. 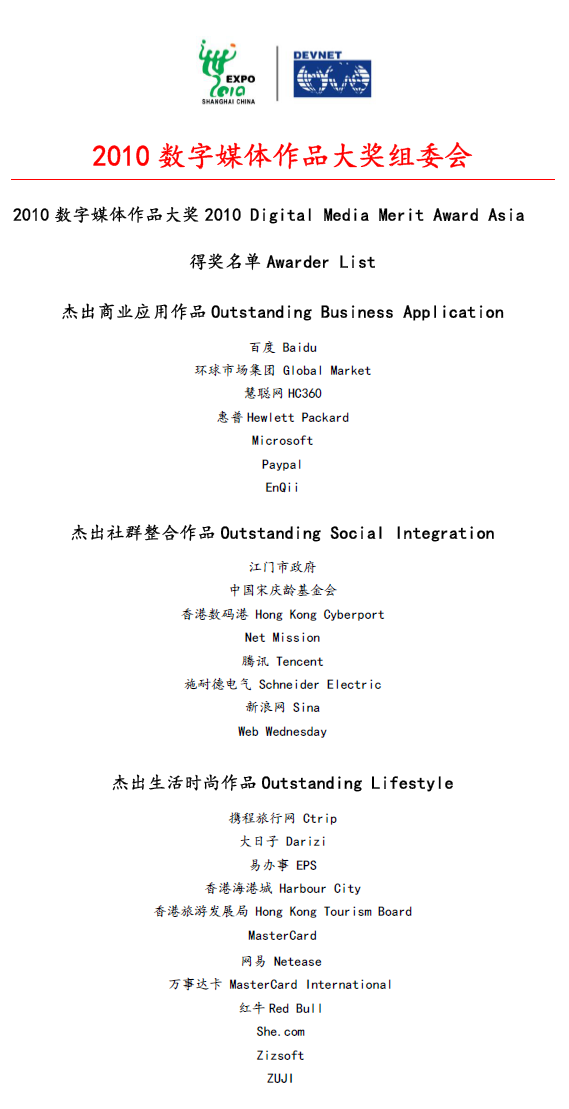