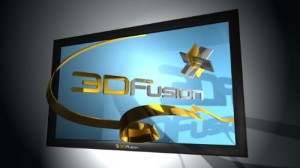 After a number of public events involving presentations of 3DFusion display technology, Insight Media Analyst Matt Brenneshultz stated in the November 11, 2010 Display Daily publication, “The 3DFusion display is the one I was thinking of when I said Auto Stereoscopic Displays (ASD) were good enough for digital signage.”

On Oct. 27th, 2010, 3DFusion participated in the Kagan/Panasonic 3D Media Markets event at the Waldorf Astoria, organized by PK World Media. The event included such industry figures as Jeffrey Katzenberg and John Landau. The overall consensus was that 3D without glasses is 5 to 10 years away.

3DFusion president Steve Blumenthal was on the Roster as a member of the technology panel and surprised the audience by inviting them to visit the 3DFusion business suite, located upstairs in the Waldorf, to experience the picture perfect 3DFMax glasses free 3D ASD, and to see a real time, live 3D stereo camera capture display.

The members of the audience who followed Steve’s invitation knew that they had just seen “the future” of 3DTV, 5 to 10 years ahead of time. The conclusion was plain and simple, 3DTV without glasses is here, NOW.

In the words of Insight Media Analyst Matt Brenneshultz, “I saw the Bon Jovi video images and they looked good. Very good, in fact… I would say if 3DFusion AS-3D is good enough for Bon Jovi fans, it is good enough for football fans and advertisers.”

On the same day, at the Customer Engagement Technology World (CETW) trade show at the NY Jacob Javits Center, a totally different audience focused on Digital Signage was exposed to 3DFusion glasses free technology at the Vira booth.

Once again the participants of the show were impressed with the unprecedented clarity of 3D images without glasses. According to Insight Media, “Their (3DFusion) display not only had acceptable resolution and few AS-3D artifacts as you moved around but it had excellent color, brightness and contrast.”

And as a New York City Industry publication, Examiner.Com reported on CETW in its Nov 12 issue, “One of the most exciting technologies on display was 3DFusion’s remarkable three-dimensional television … this one did not require special glasses to deliver a highly effective three-dimensional image, which is visible from every angle that a standard 2D flat panel monitor is.”

As Ilya Sorokin, CEO of 3DFusion stated, “It took us four years to get here, but we finally showing the world that 3D is not only beautiful and natural but it can be enjoyed without constrains and discomfort of the 3D glasses.”

President Stephen Blumenthal added, “Because we can integrate Math Algorithms with the classical 3D optical, left /right stereo pairs, we make the depth element of the image adjustable, just like brightness and contrast on a standard TV. In essence, we have created a new dimension in mastering, interacting, and optimizing the 3d video signal.”

Huggins said: “Without a doubt it’s the first glasses-free 3D I’ve ever seen that completely worked for me,” adding that “I have never wanted my HDTV at home to be 3D until (seeing the 3DFusion).”

Carlton said, “I had the same feeling I had when I saw HD for the first time in 2003. If the technology is what it appears to be, it could be groundbreaking.”

The unique position of the 3DFusion end to end technology platform is that it addresses all of the aspects of glasses free solutions. The key to the 3DFusion 3DTV platform is its ability to adjust the depth factors of the image, to the taste, comfort and visual preference level of the viewer.

The company is looking for investors and strategic partners to make this technology available for widespread vertical market applications.