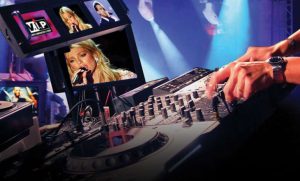 Playmixes SA, a leading provider of music video networks in Mexico announced that it is powered by Aerva, Inc. digital signage technology to drive 700 screens in more than 10 cities around Mexico. Playmixes authors playlists of music videos interspersed with advertising in restaurant locations such as Chili’s, California Pizza Kitchen, Papa Bill’s, Mr Papa Bills, and night club locations such as Chocolate City, Loma Linda, Freedom, Ocean Drive, and Skybar. Playmixes selected Aerva technology after 2 years of testing other systems in the marketplace. “Aerva is an enterprise-class platform to deliver very large amount of music videos in hundreds of playlists with frequent changeover, seamlessly to hundreds of locations,” according to Walter Arias, co-founder and CEO of Playmixes.”Features such as audio-normalization between videos, randomization/shuffle and tagged playlists for various venues make our DJ’s work very easy and also allows us to do a lot of playlists for many venues with very few DJ working centrally,” said Arias, a veteran among DJs in Mexico.

“We are pleased to have such a strong presence in Mexico’s restaurant and club market through partners like Playmixes,” stated Sanjay Manandhar, CEO of Aerva. “Playmixes pushed the technical envelope of our platform since music videos must be easily crafted into ingenious playlists via a browser and they need to perform perfectly in both audio and video almost 24 hours/day for very discerning clientele.”

Luis Contreras, co-founder of Playmixes continued, “Aerva and their engineers provide superb support and listen to their customers’ needs. The speed and quality of Aerva support is on par with their high technical standards.” 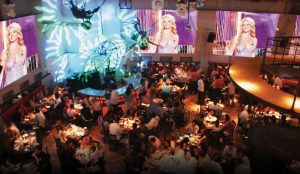 Aerva is a pioneer in digital signage technology, enabling real-time interactivity between mobile applications and digital display networks. Founded by MIT alumni, Aerva provides the simplest to use, most powerful and most cost-effective solution to create small or large interactive display networks. The company’s software technologies, AerWave (for digital signage) and MoApp (for mobile applications), are highly scalable platforms that have been driving many display networks in the US and internationally since 2003. The company provides technology and manages networks for many customers in a number of industry verticals, such as retail, schools/universities, sports bars, clubs, hotels/hospitality, health clubs, bank branches and sports/entertainment venues.