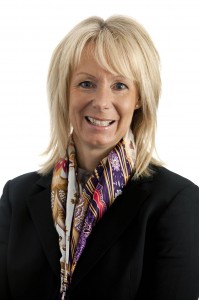 ZetaDisplay AB (publ) takes a new step forward in its development by proposing that ICA Sweden’s former Deputy Managing Director, Ingrid Jonasson Blank, joins the Board.  The intention is that she will bring with her retail knowledge and experience that can further strengthen ZetaDisplay’s investment in active in-store communication – also known as Digital Signage. Among others already on the Board is IKEA’s former Group Manager Anders Moberg.

Ingrid Jonasson Blank has been active within the ICA Group since 1986, most recently as Deputy Managing Director for ICA Sverige AB, responsible for marketing. Among other things, she was the Marketing Director when the highly successful TV advertising series featuring a popular character called ICA Stig was developed. She is also a Board member of Bilia, TeliaSonera, Fiskars and the Forma Publishing Group, and left the ICA Group in September 2010, so that she would be able to continue at Board level in a number of other companies.

“I see Digital Signage as an unbelievably exciting medium. It creates an experience in the stores and means that you can get close to customers at the moment they are shopping. I am convinced that Digital Signage will become an important part of the media mix for all retail players, and I hope to be able to contribute to developing ZetaDisplay’s offer further,” comments Ingrid Jonasson Blank.

“It is good for our continuing expansion to tie in qualified competence from the retail world to ourselves. Since many of our clients are major retail chains, it is also valuable to gain additional experience in how large companies operate and are managed, even more so as ICA is an important client for us and has already made major investments in Digital Signage.

We see Ingrid Jonasson Blank’s commitment to our business as confirmation that there is great potential for Digital Signage, and that ZetaDisplay lies in the forefront of its development.”

Since last year, Anders Moberg has been a member of the ZetaDisplay Board, to which he brings international experience, among other things from his previous tasks as IKEA’s Group Manager, the Manager of USA-based Home Depot’s international business, and as Group Manager for the Dutch grocery Group Ahold and the Majid Al Futtaim Group in Dubai.

ZetaDisplay will call for an extraordinary general meeting on 16 November for the decision on the proposal to elect Ingrid Jonasson Blank to the Board.

ZetaDisplay is in an expansive phase and has positioned itself in the market by being able to show markedly increased sales and improving communication for its clients by means of the company’s media platform for Digital Signage.

ZetaDisplay is a leading supplier of Digital Signage within retailing and in public environments in the Nordic market. ZetaDisplay has about 40 employees and has continued in recent years to grow in Sweden, while having subsidiaries in Denmark, Norway and Finland.