Digital signage is taking a leading role in the growth of China’s advertising market, according to a new briefing from Northern Sky Research (NSR).

And the country’s biggest digital out-of-home firms have already deployed more than a third of the world’s digital-signage assets – fertile ground for growing revenue.

Citing Group M figures that suggest China will take 24 percent of global new advertising spend this year – more than any other country, including the U.S.  – and pointing out that its TV market still lags behind the developed world’s, NSR predicts that digital signage will pick up much of the new money.

“Out-of-home and digital signage seems to be the medium of choice for pushing advertising content to the teeming billions,” said NSR.

A survey it conducted in 2007 found nearly 50,000 networked sites across the country, with each typically using five or six screens – more per site than in most other territories. That total number has of course since increased, and  also doesn’t include China’s many non-networked digital signs.

The Chinese sector brought in revenue of $576m in 2007, about 60 percent of it from ad sales in the retail, transportation, hospitality and healthcare sectors, although the single largest user of public digital displays – with 44 percent of screens – was the corporate sector.

Transportation and healthcare each accounted for a little over 20 percent of screens, with retail contributing just 12 percent despite its high profile in the digital-signage sector as a whole. (Pictured is a Focus Media in-store screen.)

And the big three players – Focus Media (including its CGEN acquisition), AirMedia and VisionChina – held digital-signage assets of about $2.6bn, according to NSR, or about 36 percent of the global figure.

Could the sheer size of the Chinese market introduce problems? The researchers cautioned: “One can have too much of a good thing, and when an industry begins to reach scales of this nature, there are bound to be political and social forces that come into play.” This spring, for example, Shanghai’s local government clamped down on billboard development, stopping construction of new signs.

However, digital signage in that case may have been a victim of collateral damage as the public and local authorities reacted to the seemingly uncontrolled spread of non-digital billboards. And indeed the NSR researchers don’t see such intervention as more than a minor setback.

They concluded: “[Digital-signage] advertising revenues will continue to grow fostered by larger macro-economic trends as well as companies expanding rapidly both in organic and acquisition modes. The Chinese Dragons have done well on home ground, and it won’t be long before they unleash themselves upon the rest of the world.” 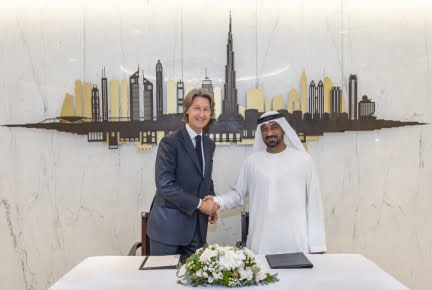 Scala announced the latest release of its Digital Signage Platform